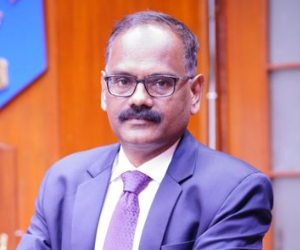 Being the pioneers of digitalisation in the segment, Maharashtra State Police has adopted technological interventions in every possible field very quickly, starting from police recruitment to service delivery

In any country, having the most agile and up-todate police force is a must-have to ensure that the people feel safe and that their grievances get addressed at the earliest. And to be agile and resilient, the police force must be at the forefront of all technological advancements. Staying true to this philosophy is the Maharashtra State Police with the most state-of-the-art digital interventions.

Jaganathan Saravanasamy, Additional Director General of Police (Policy, Planning and Coordination), Maharashtra State Police delves deeper into Maharashtra State Police’s digital transformation journey and shares, “Like any other organisation, we have had to adapt as quickly as possible to deliver our services and even our enforcement functions by leveraging technology.”

The Maharashtra Police has been quite advanced in terms of technology. To start with, police wireless communication in Maharashtra is digital and encrypted, and is the best among the police forces. Along with that, they also have dedicated bandwidth for cloud secured audiovideo communication from the head office to all the field units. Coming to the other modes of communication, they have very recently started implementing the NIC’s eOffice platform. That has taken care of the communication which otherwise normally would have taken place through the physical movement of files. “The state data centre has also given us server space to host our data. Over and above this, we have created our own dedicated server at our police communication directorate. This secure and encrypted file movement from the field units to the decision-making authority at the PHQ is expected to reduce unnecessary delay and improve efficiency,” he shares.

Becoming the pioneers of digitalisation

Maharashtra State Police has been one of the pioneers of digitalisation in the police force in India. Starting from the police recruitment to service delivery, they have adopted technology at a swift pace. For example, Maharashtra State Police is probably the only police force in this country that has been permitted to conduct their recruitment themselves. They do not have a separate Recruitment Board. They could ensure complete transparency in the recruitment process by adopting the technology.

The process involved in handling roughly 1.2 million candidates at every stage of recruitment is customised and entirely on their platform. The police department has adopted technology in such a manner that every candidate is given an RFID tag, and their performance in the mandatory physical proficiency tests is monitored using technology. As soon as the candidate finishes his or her event, their performance is immediately sent to their mobiles, and they can also check the relative performance vis-à-vis others within that particular batch and at the close of the day of their relative performance within all those who appeared for the test for the day. “That way, there is complete transparency. Technology has helped us to complete this process in a time-bound manner as well as in a completely transparent way,” says Jaganathan.

In terms of the application of technology to enable training from one central location, Maharashtra State Police can now reach all the classrooms of all their 15 odd police training institutions across the state. From one studio, an interactive lecture can be delivered to the respective individual classrooms in each of these police training institutions. That way, training delivery has become very easy and accessible. Maharashtra Police Academy is a pioneer in hosting eLearning modules as in-service refresher courses for their officers.

Adding on to the digital portfolio

Aligning with the Maharashtra Governments’ aim of better and speedy delivery of service to citizens, they have adopted multiple technological interventions to remain at the top of their game. Maharashtra State Police is far advanced in monitoring the cyber world and coming to the help of citizens who are facing problems, especially women and children. They have a separate cyber division and in each of the police districts, they have created an independent dedicated cybercrime police station. Each of these police stations is provided with the necessary digital tools like mobile forensic monitoring tools, audiovideo analysis tools, Call Detail Record (CDR) and Internet Protocol (IP) software analysis tools and password cracking software tools. Not only that, their group of officers have been specially trained in cyber investigation. There is also an online portal for reporting of various cybercrimes. In the last six months alone, their cybercrime portal has received about 35,000 complaints.

Regarding initiatives that are currently under advanced stages of implementation, Maharashtra Police has the Automated MultiModal Biometric Identification System (AMBIS). “We will be probably the first ones to have this in the country. This system is capable of digitising all the biometric related information which is physically available with our Crime Investigation Department or CID. We have more than about 7 lakh records of persons involved in criminal activities. This AMBIS system also provides for the lifting and storing of chance biometrics from any crime scene and screening them against the ever-increasing database of crimes and criminals,” shares Jaganathan.

Another important project which is under advanced stages of implementation is the Maharashtra Emergency Response System (MERS). Any citizen in any kind of distress or facing any kind of emergency can dial 112 from any kind of service provider from their handheld device or even by pressing a panic button and they will be able to reach the call centre that will immediately connect them to the nearest dedicated emergency response vehicle. The aim is to reach the person in distress within 10 minutes in urban areas and in 15 minutes in rural areas.

Maharashtra Police is also on an advanced stage in the field of traffic management systems. It is called the Intelligent Traffic Management System and is a huge success story in Maharashtra. Any traffic violation gets captured by radar speed guns and they, in turn, are synchronised with the cameras at various locations along the highways. These two are synchronised and then put on a mobile platform. “We get not only the vehicle’s details but also the owner’s details and based on that, an eChallan is generated and sent to the registered mobile number,” he shares.

Talking about the success metrics through which Maharashtra State Police determines whether a specific digital intervention has been successful, Jaganathan says, “When we speak of road safety, there are already positive statistics that we can see. Our Highway Safety Department has come up with an annual publication about how our Intelligent Traffic Management System has helped in bringing down fatal accidents. The number of dispute points between the enforcing police officer and the citizens is also likely to come down because of the eChallan system.”

The digital interventions adopted by the Maharashtra State Police are aimed at ensuring that disputes go down, enforcement goes up, accidents go down, cybercrimes get either averted or prevented, scientific evidence is gathered and ultimately the conviction rate goes up.